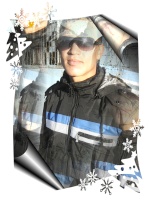 And LED Conrad Zaush in the city of Berlin, "Germany" in 1910, and then moved with his family in 1912 to city Bronsberg in East Prussia where he joined the school Protestantism there, and it was from a young age grow fonder of new techniques and loves drawing, and he joined in 1935 at the University of Berlin Crlotun "Technical University of Berlin," and studied mechanical engineering to work later in the field of Alistadtt the airline Hincl in Dessau, and was based in the company's solution algorithms by hand was a call for a lot of the guesswork and time, and perhaps he felt bored and suffering led him to think the machine carries out the calculations and provide difficult for him to focus and guessing, and leave work at that company and retired at the home of his parents and is bent in-depth research to achieve the vision that yearning through his work with the company Hincl Airways, and was taken from one of the rooms of the house and workshops to work pilot and despite the reservations of his father and his sister, who were funded discoveries ..

Famous Zeus his tendencies severe technical field, which he led his ambition of knowledge to design a machine to the era of orange and is still in the age of 14 years of age, and was not invented this only the beginning to enter the field of scientific innovation that will endure named among the top geniuses scientific discoveries in the world, and perhaps most important was characteristic of his personality is his inventions amazing scientific, the models offer industry stunned everyone and revealed his genius ability, has provided models for the city of the future, and a model of a laboratory automatic image capture, and model of aircraft suitable for navigation in space, all that is in childhood, what This was only an indication of the emergence of a scientific genius invention will change the life of the world, namely "computer" or "computerized" ..


Able in 1938 to present a model of the machine can be programmed to help engineers in the complex calculations, and designed the machine from tin, with a size of a large hall of the Hotel is connected to electricity, but that device was suffering from a lack of accuracy of performance which led him to write in a diary the words "machine-ready but do not operate well," and in 1940 tried to overcome the gaps in the functional recruitment of the work of my e-..

And despite the failure of the first model of his machine did not give up a German inventor and continued his research and his experiments that led his experiences Scientific in 1941 to the first electronic device is subject to programming works well and is the same in principle computers that are currently using, I knew his instrument, the new assessed at the time scientific revolution under name "Z 3", and is the first device performs a calculation is successful and stores the results, but the new device was the size equivalent to the size of cabinet and contains around 2000 from the link files like those used in telephone sets, and marked by machine Zaush susceptibility to programming for through programs placed on the perforated cards ..

Considered 1941 an important turning point in the history of German inventor, however, been disagreement over the considered period the year and the birth of computer technology, some believed that the machine Zaush can not be considered a computer automatically in the modern sense because it is not multi-purpose, they were prepared to perform a specific type of job only However, this does not mean they paved the way for further achievements in this area ..

Did not receive Zaush a sufficient appreciation of his scientific achievements since the Second World War that was raging at the time, which also resulted in the destruction of his instrument, "Z 3" in one of the raids: eek3:, however, the German Museum in Munich keeps Fortunately, a model of the computer huge " Z 3 ", during the war succeeded Zaush to avoid any dealings with the Nazi Party, and was able to persuade the military not to fitness to perform military service, after the war established Zaush the first company computer modern, and continued to work on the project even produced a machine" Z 4 ", and is which is a model with more sophisticated than its predecessor, and in the nineties met with his theory of space programmed in great demand, and inspired many theorists in their work on the structure of the universe, and imagine that theory, the universe as a computer major work of its parts the same way in which they operate transistors in the computer automated ..